accretion
əˈkriːʃ(ə)n/
noun
noun: accretion
1.
growth or increase by the gradual accumulation of additional layers or matter.
“the accretion of sediments in coastal mangroves”

It began with a simple line of cloth rope.

Then, quite unexpectedly, the rope took on a life of its own and began whispering to me.

It began to grow.

First there was the introduction of varying shades and color.

Then, as the fingers worked, talking, as they have a habit of doing, directly to the brain, memories rose.

Voices called for me to bear witness to what lay, deep within.

Words on paper that need no explanation! The words sewn on the ball. Words that will disappear into the growing mass.

The process of accretion has been activated!

I am reminded of making Descansos!

there is a time in our lives, usually in midlife, when a woman has to make a decision – possibly the most the important psychic decision of her future life – about whether to be bitter or not”

Without a hint of bitterness I am acknowledging the role of accretion in my life. Some of those layers of matter that fill the crevices within may be represented here..

And so the ball forms a mass, hiding within it the things that lie hidden within me, yet yearn to be acknowledged.

2 thoughts on “Law of Accretion”

The Soul Food Cafe, built by Heather Blakey, was inhabited by an international group of writers and artists whose global mission was to promote writing and art-making as a daily practice through the use of interactive web-based technologies such as blogging and e-mail groups.

A Foraging We Go

The dark, black secret is unlocked.
The ball grows

The Ravens were a group of creative women who worked collaboratively at Soul Food. This publication serves to demonstrate the potential of collaborative, online projects.

In a death denying society where we do not do loss and grief well the Temple of Solace remains a place for those needing solace and comfort to retreat to.

A Journey of the Heart

The theme of the 2005 Advent Calendar was 'Journey of the Heart'.

A group of courageous travellers packed at a moments notice and headed off for a three month trek along the Soul Food Silk Road.

They discovered a road that twisted and wound endlessly. They met the Amazon Queen, a Hermit, a Mystic, Gypsy Travellers, Fortune Tellers, a Bath-house Madame, the Sacred Warrior Knight, the Mistress of the Wardrobe and many other interesting characters.

The 2006 Adventure Calendar preserved one of the Lemurian Journey's with Enchanteur. . You can find links to the collection of the Soul Food Cafe Advent Calendars housed at Squidoo. This collective is currently working on material that will be used for the 2009 Adventure Calendar.

Fran’s Travels With A Donkey 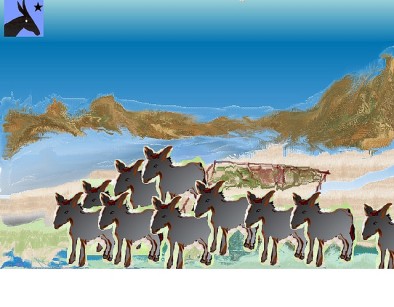 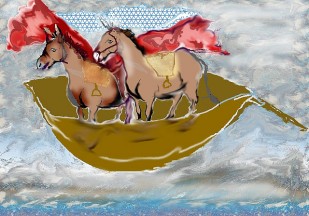 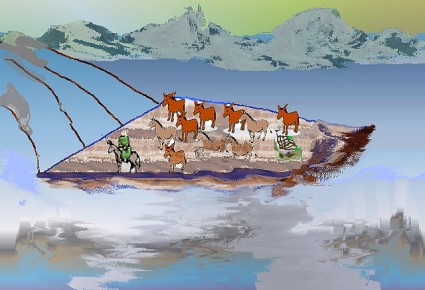 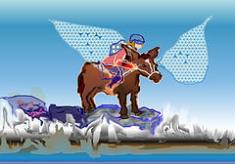 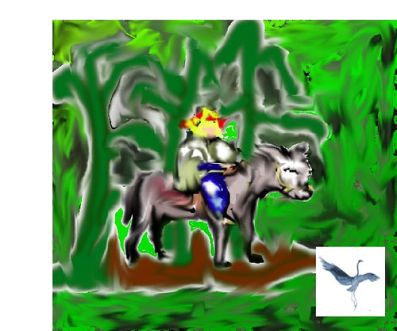